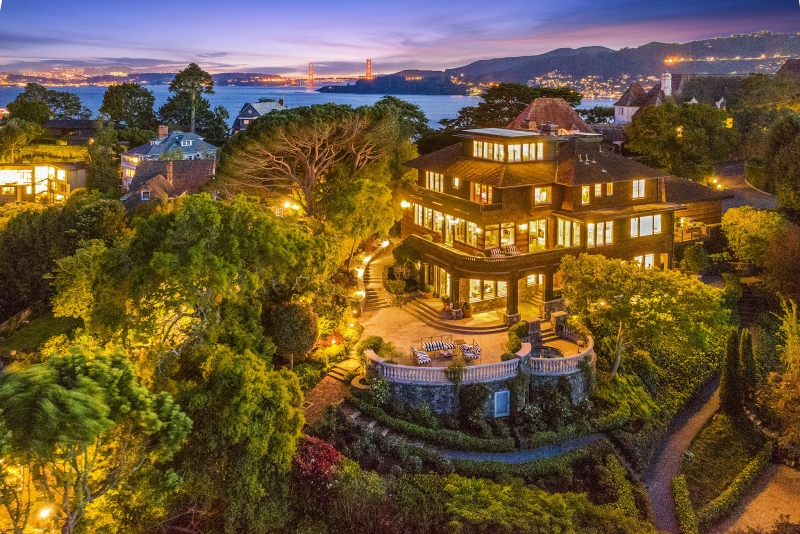 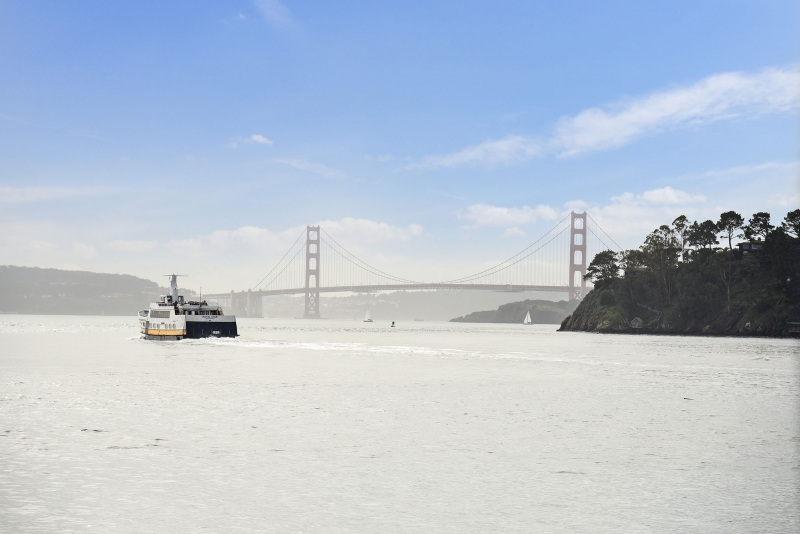 It is no coincidence that the parcels running along the crest of Belvedere Island were among the first parcels sold to San Francisco families who wanted to build homes in the warmer climate of Marin County. The stunning 270-degree views from 332 Golden Gate include the Tiburon hills, the Belvedere lagoon, Belvedere cove, Point Richmond, Angel Island, Oakland, the Bay Bridge, San Francisco and the Golden Gate Bridge.  332 Golden Gate is in a micro-climate that offers year-round sun (not experienced on the Eastern slope of the island) and it is protected from the prevailing westerly winds that can adversely affect properties on the Western slope.

One of the great benefits of living in this home is being able to walk to local landmarks and the numerous shopping and eating areas. Belvedere island has many well-maintained paths and stairways, which make it a quick walk to the parks and recreation areas along the bay front. The San Francisco Yacht Club, the Tiburon Peninsula Club, the shops and restaurants of downtown Tiburon, the ferry to Angel Island and even the movie theater are all easily reached by foot. Buses for local public and private schools pick up and drop off at the base of the hill by the SF Yacht Club, which is only a short walk or a few-minute drive away.

The Tiburon Blue and Gold Ferry departs from downtown Tiburon. The ferry has daily commute service to and from the San Francisco Ferry Building (just 20 minutes each way), as well as non-commuter service to Pier 39 and the Ferry Building.

With 6 bedrooms and 6 ½ baths, 332 Golden Gate is an ideal and highly functional family home. In addition to all the appliances one would expect in a modern luxury home, 332 Golden Gate has two dishwashers, two laundry rooms (one of which is equipped for extra-large capacity), a central built-in vacuum for the kitchen area, a direct gas hook up for the outdoor BBQ on the kitchen deck, distributed audio throughout the house and outdoor areas, an in-ground spa/hot tub, a three-car garage, an 8KW solar array, and a fully-racked and temperature-controlled wine cellar which can house approximately 750 bottles. The solar system effectively supplies nearly all the electrical needs of the house.

Many of the current design features of the home are original to the 1902 house. The beautiful door to the wine cellar is the original front door of the house. The distinct stair railing and balustrades, and the leaded glass windows, are also original to the house. Interestingly, the unique lantern light fixture at the top of the stairwell was salvaged from the Hibernia Bank in San Francisco, infamously remembered as the location where Patti Hearst and the SLA committed their well documented heist in the early 1970’s.

Many of the bedrooms can be repurposed for other uses. The upstairs “crow’s nest,” with its sweeping views of the Bay, has a Murphy bed and is used by the current owners as a home office, media room and guest bedroom. One of the downstairs bedrooms has a private separate entrance, making it a perfect au pair unit. The other downstairs bedroom is adjacent to the playroom and has been used as a media room and recreation area. This bedroom also has a separate entrance.

332 Golden Gate is ideal for entertaining - from casual dinner parties to more formal large events. With the French doors leading to the expansive outdoor decks and seating areas, the house presents captivating nighttime views and is a magical indoor-outdoor experience for guests.

The current home interior was designed by notable San Francisco designer, Ken Fulk. The home has been featured in several design magazines.

The garden at 332 Golden Gate has been lovingly cared for by its current owner. The meandering pathways lead through a landscape of heritage roses, hydrangea, bougainvillea, wisteria, oaks, Cyprus trees, Meyer lemons, a strawberry patch, raspberry vines, plum trees, and a wide variety of other flowering plants that produce cuttings for floral arrangements for most of the year. The irrigation system is fed partially by a well.  When the well storage is low, the landscape is irrigated by city water. The irrigation and garden lighting are automated. The house and gardens have been featured by the Belvedere Landmarks Art and Garden Center numerous times.

The timeless design of 332 Golden Gate is perfect for any family’s needs. The house offers the best of both old and new, the unique natural beauty of Belvedere Island, and a close connection to San Francisco, which can be reached by boat or a beautiful drive across the Golden Gate Bridge. 332 Golden Gate is a rare architectural gem featuring an ideal floor plan situated in one of the most beautiful and iconic locations in the Bay Area.

In 1895, the Belvedere Land Company sold the land on which the house at 332 Golden Gate Avenue now sits to William Tevis and Lansing Kellog for the princely sum of ten dollars, paid in gold coins.  At that time, the parcel also included the lots now located at 330 Golden Gate Avenue and 333 Bella Vista Avenue. By 1902, the land had been purchased by Ferdinand Peterson, who commissioned the notable San Francisco architect Clarence Ward, AIA, to design the home at 332 Golden Gate. The carriage house for the home was located next door, at what is now 330 Golden Gate. Ward’s original blueprints are displayed in the stair hallway and will remain with the house.

Little is known about the house in the early 1900’s other than that it was relatively untouched from its original design. In 1951, Susanna Bryant Dakin and Richard Y. Dakin (founder of Dakin Plush Toys) purchased the home and lived in it with their family of five children. Susanna Dakin is legendary in Belvedere History. She was instrumental in the formation of the Belvedere Tiburon Landmarks Society and the purchase and restoration of Old St Hilary’s church and its adjacent open space. The church can be seen from many rooms in the house with an unobstructed view across the Belvedere Cove.

From the mid-1960’s, and for the next 35 years, 332 Golden Gate was home to the Dreyfous Family. There is a Belvedere tradition of referring to the older homes on the island by the name of the people who lived there the longest. Many people still refer to 332 Golden Gate as “the Dreyfous house.”  In 1998, Maureen and Steven Block purchased the home and undertook a major renovation, which included modernizing all the systems in the house. The architectural firm of Sutton Suzuki teamed up with Plath Construction to perform a comprehensive restoration of this turn-of-the-century home, maintaining all of its historical character, while also making it an ideal home for a modern family.

The current owners, Elizabeth and Teke Kelley, purchased the home in 2008, and are the most recent caretakers of this historic gem. The Kelley’s three now-adult children spent their formative years in the house, going to schools in Mill Valley, San Francisco and San Rafael, playing tennis and basketball at the Tiburon Peninsula Club, playing soccer at McKegney Field, and hiking and biking all over Marin County. While the Kelleys contributed to the evolution of this home by reconfiguring the downstairs area and upgrading the garden and its paths, the home remains true to Clarence Ward’s original design.

While 332 Golden Gate has not been designated for historic preservation, the Belvedere Historic Preservation committee has indicated that the home is a candidate for receiving that designation should the owners care to submit an application. A potential benefit of that designation is a significant reduction in property taxes. 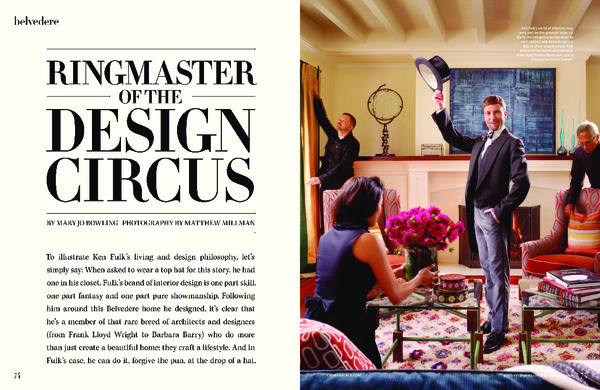 Large, historic homes perched on hillsides, some with commanding views of San Francisco Bay define Belvedere, one of Marin County and the Bay Area’s most desirable communities. With waterfront vistas that rival the Côte d'Azur (and prices to match), Belvedere is one of Marin's most exclusive enclaves. Waterfront activities are one of the reasons many people move to Belvedere. Located on two former islands now filled in with causeways and separated by a private lagoon popular with kayakers, Belvedere is all about water and prestige. The San Francisco Yacht Club calls the city home. 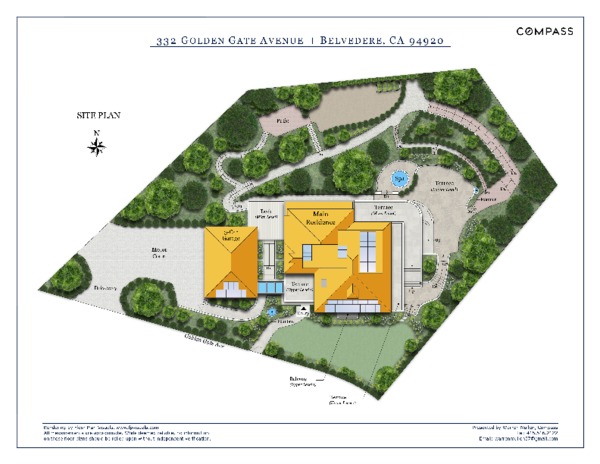 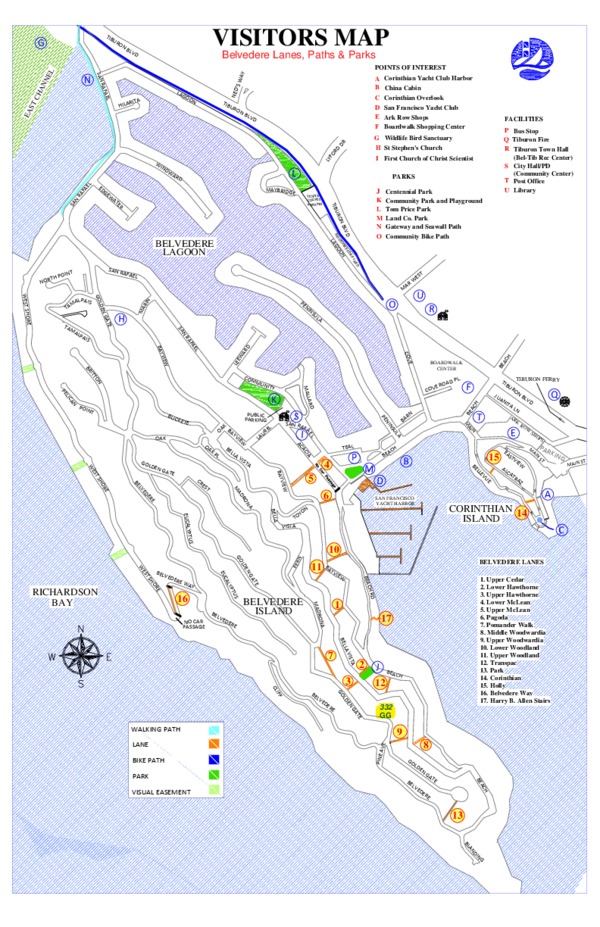 I have been marketing and selling residential real estate in Marin County for over 25 years. I am known throughout Southern Marin as one of the very top agents in the county.  I specialize in the Southern and Central Marin residential market.

I know the market inside and out. I was the exclusive real estate columnist for both the Mill Valley and Ross Valley Magazines during their entire existence. I have developed a thorough understanding of Marin’s building and planning regulations in each community. I know the planners and city staff members on a first-name basis.

I have actively participated in my community.  I served on the board of directors for the local Little League for 16 years and was its president for four years. I have been actively involved in both of my children's schools. I was president of the Marin County Service Area for Homestead Valley for several years. I served as president of my neighborhood homeowner's association. Through these community involvements, I have developed an extensive network of friends and associates who regularly refer colleagues to me for their real estate needs.

I was an original member of Pacific Union Real Estate in Marin over 20 years ago until its transition to Compass. I am a founding member of the two most influential real estate marketing groups in Marin and I am an original member of the highly effective Top Agent marketing network. I'm also an active participant in the prominent real estate marketing groups in San Francisco. These Marin and San Francisco agent sharing sessions are the origin of a significant number of my successful real estate sales.

In addition to my 27 years of real estate experience and education, I have a B.A. degree in Political Science & Psychology and a Master's degree in Theology.